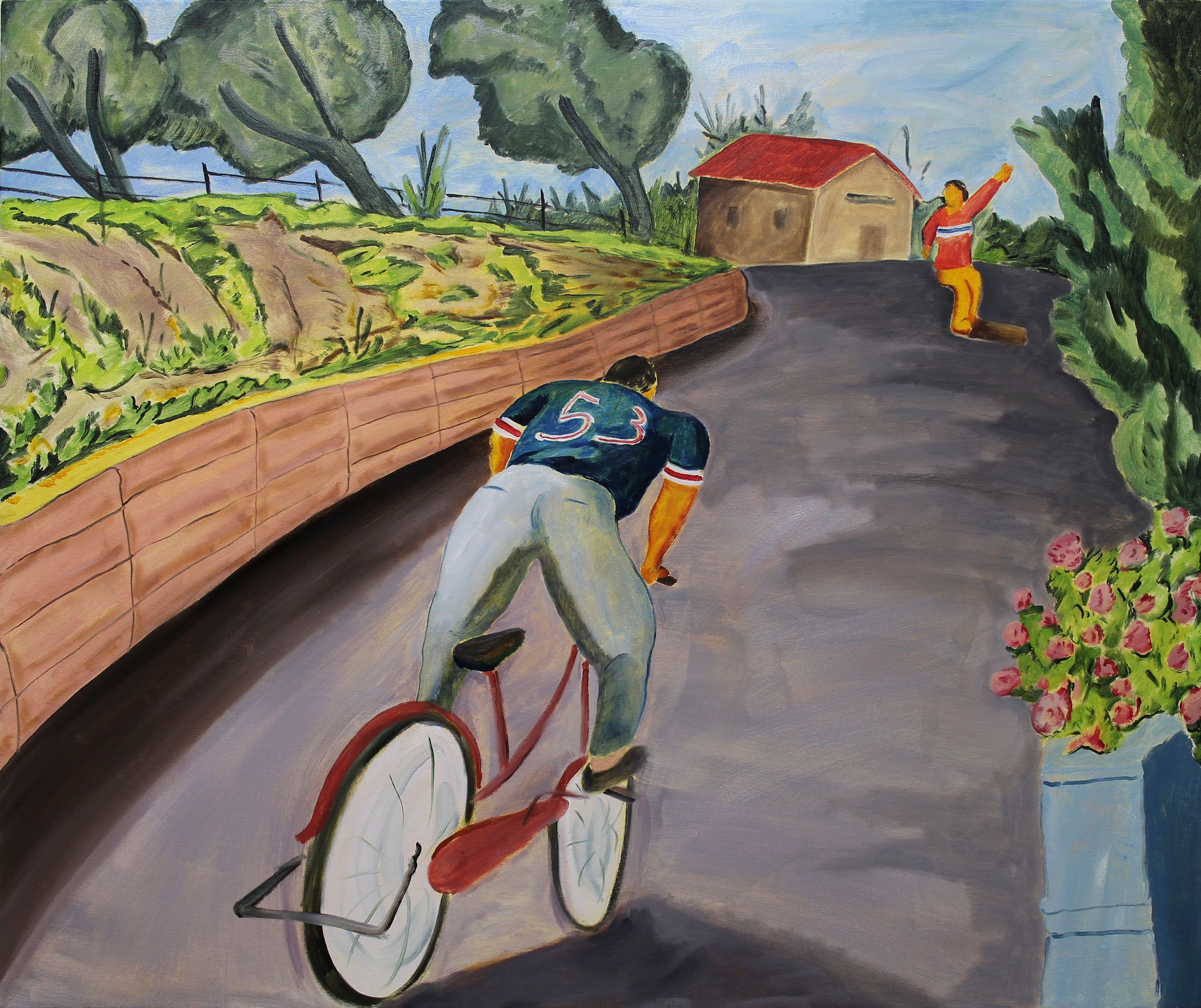 Tomorrow’s Bridge: A journey of discovery

“This exhibition is just one piece of a puzzle”

As the upcoming residency itself won’t require the creation of new works in situ — one of the many reasons it stands out — the submissions already boast strong, striking back-catalogues. The deadline to apply for the Hayama Artist Residency is 15 January 2021

Similarly refreshing is that there’s not simply one sweeping theme that underpins the 1 January exhibition. Speaking about the selection process for the project, Wimberly said:

“I wasn’t necessarily trying to draw a connection between the three of them as much as I was interested in giving each of them a platform to introduce their work to a broader audience. Curatorially and aesthetically…their work connects well with each other in terms of their use of colour, their approach to [in some cases] the canvas”.

When it comes to ensuring these works translate for, and thrill, an online audience, Wimberly and Oarbt have collaborated in great detail to create the perfect setting to allow the paintings to shine, without losing any of the ingenuity of the virtual exhibition space they will inhabit. Via Oarbt’s 3D and multi-sensory platform, which will allow for complete immersion when viewing the paintings, the show will take place in the ‘Medium Contemporary’ gallery. This ‘room’ was carefully selected by the curator, as Wimberly was keen to provide a clean, breathable space that would not overwhelm the colourful works, but instead allow the selection to speak for itself.

US-based Kurata’s playful and — in Wimberly’s words — “subtle and whimsical” paintings seem as good a place to dive into the exhibition as any. Known for his breakout work depicting almost cartoonish, surreal baseball figures, Kurata’s exhibiting pieces, including the ‘Batwalk paintings’, engage with their off-beat portrayal of everyday people and settings, using either acrylic or oil on canvas and linen. Whether it’s a house with a roof that is taking off in flight, roads that flow like rivers, or slightly out-of-proportion limbs, these are ordinary scenes given an extra-ordinary quality thanks to a sense of humour and a deftness of touch.

Following Kurata’s work with the “sombre, deep and contemplative” style of Tokyo painter Nakamura is especially jarring. The impactful images — hundreds of portraits, including oil and yarn on canvas, copper and aluminium, featuring eyes or entire faces altered, smudged, blurred or almost erased with blasts of colour, are an atmospheric and unsettling ‘study of identity’, which intrigues with hints of the stories and secrets behind them.

Completing the trio is the abstract work of Nakayashiki, who Wimberly believes provides an “interesting juxtaposition” to his contemporaries. Focusing, as per his artist statement, on “rendering perception, structure, substance and light in their pure state” the Osaka-born artist’s work intends to create a “space (or room) where the viewer can breathe freely”. Observing the strokes, shapes, textures and flurry of colours — bold blues, earthy greens, turquoises and bright yellows among them — Nakayashiki’s work grasps attention easily and holds it with an almost meditative quality.

"…it’s very fresh and also it feels of the moment”.

“I think that’s a good balance,” says Wimberly, “having abstract works in the middle of those two figurative artists. So I’m excited to see how these works interplay with one another…in a digital space…for me, it’s [their work] very fresh and also it feels of the moment”.

With this rich tapestry of works, Wimberly is opening up not just a “conversation about the Japanese art scene” but a “dialogue about an entire generation…making great work but somehow don’t seem to get the exposure”. And it’s this enthusiasm for sharing his exploration into contemporary Japanese art that really sets the tone for the showcase: “There’s a very robust art scene that I’m just starting to get my feet into”, he adds, “I’m starting a journey of discovery myself, a journey that I hope other people will join me on”.

In fact, the Oarbt interactive 3D gallery space makes it possible to do just that — accompany the art expert on his curatorial adventure. Thanks to an extensive menu of complimentary digital content, which aims to make art viewing an elevated sensory event, audience members can continue to enjoy the immersive aspects of the display beyond its virtual four walls. Intriguing features include a specially curated section of the show, which takes the form of a pre-recorded tour of the showcase with Wimberly, hosted by Oarbt founder and CEO Sharon Obuobi and aired via Instagram’s IGTV, on 8 January 2021.

Experience the exhibition through Oarbt, from 1 January 2021. And watch our curator-guided tour on IGTV, on 8 January 2021.